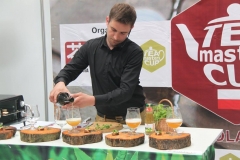 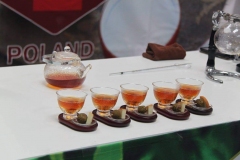 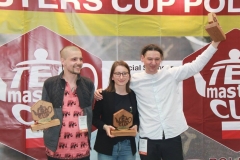 As a result Poland got three nominees for the titles of TMC world champions in each category: in the Tea Preparation category Barbara Mazur took the first place; in Tea Pairing category Murat Kornaev conquered the judges with his recipe and in the Tea Tasting category Łukasz Tofliński guessed the largest number of cups. Piotr Monka who has taken the second place in Tea Pairing nomination was awarded with a special price for his mixology experiment with Darjeeling and beer, which supposes to be a separate category in a new season of competitions.

All the 20 participants showed a very serious approach for preparation and the judges noticed that all the performances were at a very high level. 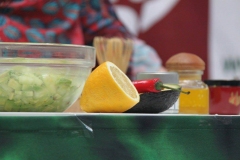 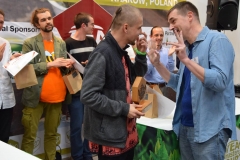 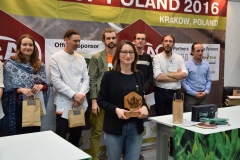 Denis Shumakov, head judge of the TMC Poland shared his impression about the event:

“There were some organizational solutions, which worked perfectly on TMC Poland in 2016 and which will be used in the cup for the future. In general I’ve got a feeling that Poland was a meeting of old friends. It was very noticeable, the overall atmosphere of the competition was great and it was more about cooperation than rivalry. If the interest in the cup will remain at the same level in the next cycle we will need to conduct pre-qualifying competitions in Poland. And it’s great because this is an additional opportunity to meet and drink tea and always a pleasure, so that participants will gain a maximum of tournament experience. The tea was delicious and many appearances were very interesting. I’m sure that in Seoul, Poland will be represented by a great team of a high level and with a wide stylistic range”.

“I would like to thank everyone for our exciting Tea Festival and first of all we are grateful to our participants. Without them we wouldn’t experience so many fantastic moments. Each of the participants made our festival exciting in his/her own way. We got to know people, who love to do what they do, those, who do know how to make the perfect cup of tea. At the same time, I am proud to hear about high level of Polish Tea Masters. This feeling helps us to trust in outstanding performance of our winners in Seoul. We keep our fingers crossed for Barbara, Murat and Łukasz, who will represent Poland in South Korea”. 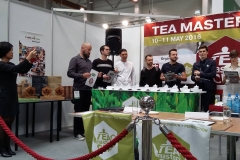 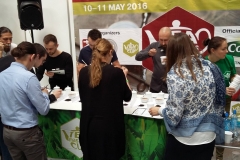 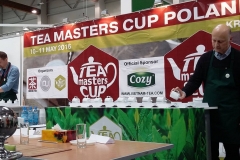 The TMC was accompanied by a special tea program. Yury Podusov demonstrated a special technique of tea preparation called Wolverine, Denis Shumakov has conducted an improvisation based on local specialties and during last day Vadim Ivanov from RED SEAL TEA and the winner of Latvian TMC 2016 Vivian Petrovska conducted several opened tea cuppings. In overall, the program was quite intense and interesting for the both visitors and participants.