Teatenders duo representing Czech Republic on the international round of Tea Masters Cup 2019 is known after last week. The winner of national round in Tea Pairing Category is Honza Zlámaný and the winner of Tea Mixology round is Libor Andla. Both are yet to face the best of the best from all around the world this year.

Saturday, 12 October, Tea Pairing welcomed 6 participants. The task was to create food composition with tea selected from TMC´s partner Oxalis portfolio. Top rated composition from Honza Zlámaný was made with pork side marinated in Lapsang Souchong tea, as side dish he used puree from Jerusalem artichokes mixed with potatoes. This experienced teatender surprised all with second course — pear flambé with semolina porridge paired with Matcha tea. In the second place was seated last year´s winner Jakub Ryšavý and the third place was taken by Libor Andla. 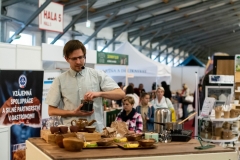 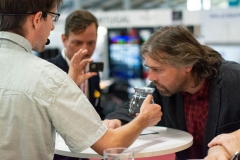 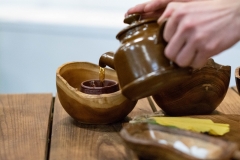 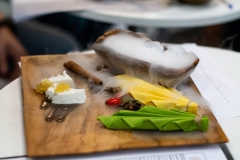 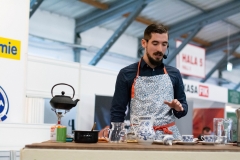 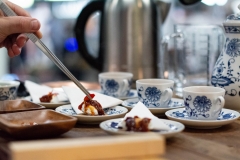 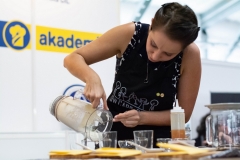 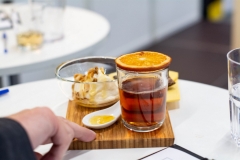 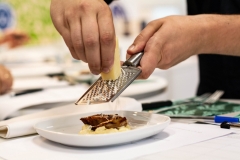 Uneasy task of judging was left in hands of Lukáš Čížek (owner of the Fusion restaurant, Vrchlabí), Tomáš Macal (chef, freelancer) and Ivan Čumíček (representative of the sponsor — Oxalis tea).

Sunday, 13 October, was the day of Tea Mixology. Out of five participants, the most interesting for the judges was Libor Andla with his Indian Summer drink, made from Bombay Sapphire Gin, agave syrup, lime fresh and homemade fermented lemonade — made of dried plums and dates fermenting for 48 hours with the use of tibi crystals, all infused with Earl Grey tea and oranges. 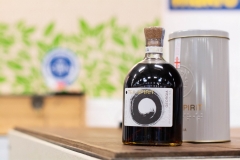 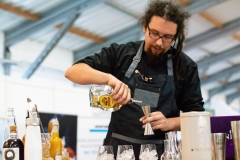 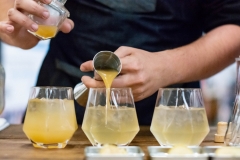 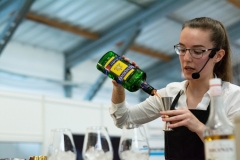 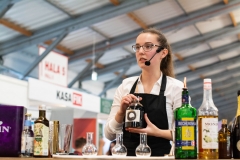 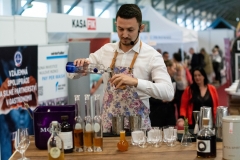 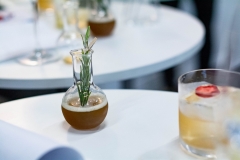 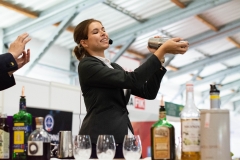 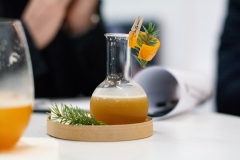 The first runner-up was Kateřina Vymazalová — last year´s winner, and the second runner-up — Jan Šebek. During the contest we could see some interesting ingredients like strawberry wine, tea cordial or butter-caramel syrup.

National rounds partners of Tea Masters Cup were companies Makro and Oxalis. The competition was held under the auspices Czech bartender’s association and Chefs and confectioner’s association.